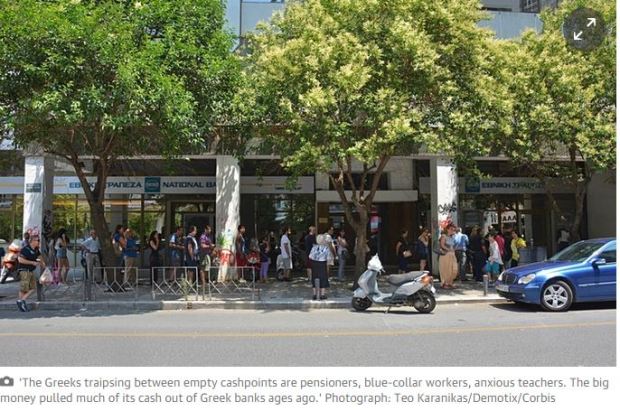 Europe’s top politicians agree that the Greeks will vote this Sunday on one of the most important questions facing any nation. Yet they can’t settle what that question actually is. For Alexis Tsipras, the Greek prime minister, it is about whether his people will tolerate any more “strict and humiliating austerity”. Not so, says Germany’s Angela Merkel. She reckons the Greeks are choosing between staying in the euro and returning to the drachma. The stakes are raised higher still by the boss of the European commission, Jean-Claude Juncker: come next weekend, “the whole planet” will find out whether Greece wants to remain in Europe.

All of these may be correct, but each swerves the central importance of the moment. The reason to watch Greece this week is because a population of 11 million will hold a contest that the rest of us may one day also get to stage: a fight between democracy, and a broken political and economic system.

That battle – between what people want and what their rulers force down their throats supposedly for their own good – can be glimpsed at every dramatic moment in Greece’s recent history.