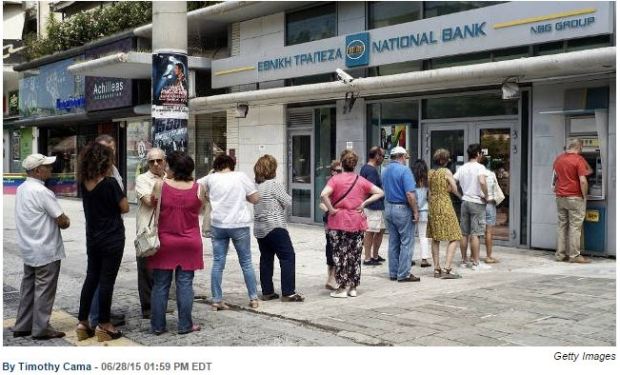 In the following op-ed, thirteen prominent economists of Greek origin from around the world call on Greece to sign a credible agreement with the Europeans immediately.

What would be crucial elements of a good agreement?

Finally, an agreement must restructure the Greek sovereign debt to European countries and the European Stability Mechanism. Keeping the nominal value constant, the best way to restructure the debt is to elongate its maturities. If maturities are moved to 75 years and the presently variable interest rates are converted to fixed ones and slightly reduced, the net present value of the debt will be reduced by 50 percent. A 10-year grace period (during which interest is not paid but recapitalized) with the money saved invested would promote growth.

Growth is, in fact, the only guarantee that Greece will pay its debts.

One thought on “Greek Crisis:”Greece must sign a deal now””