The transition to a circular economy requires a systemic approach which makes use of a wide toolkit of policies and measures, across different points of value changes and affecting the full set of private and public stakeholders.

The circular economy is rapidly rising up political and business agendas. In contrast to today’s largely linear, ‘take-make-use-dispose’ economy, a circular economy aims to decouple economic growth from the use of natural resources and ecosystems by using those resources more effectively. By definition  it is a driver for innovation in the areas of material-, component- and product reuse, as well as new business models such as solutions and services. In a circular economy, the more effective use of materials enables to create more value, both by cost savings and by developing new markets or growing existing ones.

END_OF_DOCUMENT_TOKEN_TO_BE_REPLACED 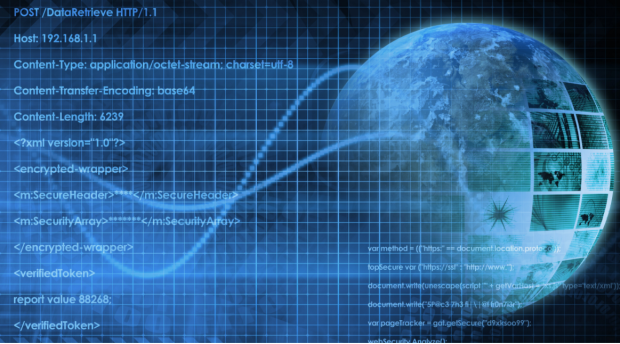 “Big Data” is a term referring to all the massive amount of information with which people can work in this 21st Century. It is fundamentally different from the casual denomination of “simple” or “historic” data because there is such a huge mass of information generated with Big Data that normal tools of treatment cannot deal with it. This change in the data itself is due to the technological revolution we call “digitalization”.

END_OF_DOCUMENT_TOKEN_TO_BE_REPLACED

Ms. Poliukhovych is the first person from this year’s promotion to submit her term pepper in fulfillment of the condition of the course. Her title: Feminism and Sustainable Development in the Ukraine. Below you will find an excerpt from an early section of the report  which deals with the history of the women’s movement in her country. The full report will be available here at the same time the others are finalized (by or before 9 July)

END_OF_DOCUMENT_TOKEN_TO_BE_REPLACED

The seminar paper accounts for fully half of your final grade in this course.  The way in which you present it is important and in the following we set out the standards and details of presentation that we expect will be rigorously adhered to.

Once you have absorbed the following, I invite you to have a close look at the section on Bibliographic Referencing and Citation, to which you can link  here.

END_OF_DOCUMENT_TOKEN_TO_BE_REPLACED

The term paper is the heart of the course and the learning process behind it. We ask you to start organizing your thinking on this even before you come into the seminar the first time on Thursday morning. The present website is content rich and sets out a number of clues and ideas for this that we hope you may find useful.

And to the extent that this is agreeable to you, we would like to ask you at the very least to consider having at least some of the report dealing with ideas concerning the relationship between sustainable development and the problems, attitudes and opportunities within your own country. For example . . .

END_OF_DOCUMENT_TOKEN_TO_BE_REPLACED

For some time now in Chile we have begun to have problems with sustainable development  and energy, especially in the area of how to have access to power supplies without damaging our environment. It is for this reason that a solution to this shortage of energy in an environmentally friendly manner is an important point in which we must be careful.

This paper aims to provide a basic analysis of a type of sustainable energy which tries to damage the least possible environment and to solve the problem of energy supply in the city of Santiago de Chile.

END_OF_DOCUMENT_TOKEN_TO_BE_REPLACED

The concept of sustainability is perceived differently by different people, spread in different countries and belonging to different cultures. Yet, a large part of humanity around the world are still fighting to survive without any access to their basic needs (food, water, electricity….). Indeed, in most of the eastern countries (AFRICA, MEA, part of ASIA and LATIN AMERICA), most nations are still struggling against what we call ‘big causes’ such as war, terrorism, illness, famine and poverty. Clearly, their main objective is to protect their basic needs and rights to exist as human beings.

Discussing with them about sustainable behavior may be meaningless, irrelevant or furthermore a hurt to their emotions and feelings. It is so simple, all what they need is to keep surviving…The sustainability dimension is a sophisticated concept for them. While, in Western cultures, sustainability is an important issue even if it is not of high priorities compared to economic interests. Wealthy nations are quite engaged and conscious about this important issue. They are receptive to adopt a sustainable behavior especially if the right message is well tailored to their needs and values. They are ready to break with bad habits and replace them by sustainable one. They are ready to make the efforts to change in order to behave sustainably. However goals cannot be reached without the involvement of government, non-government institutions, nonprofit organizations and behavioral psychologists.

END_OF_DOCUMENT_TOKEN_TO_BE_REPLACED

Energy is a paramount resource to mankind and fossil fuels are more and more scarce. Not only are they scarcer, they also have a huge impact on the environment and become more expensive.

The Netherlands is in a particular threatening situation. Due to geographical reasons, the country is greatly influenced by water which it has been fighting most of its existence. In recent years the politics on water management have changed in order to be able to survive increasing water levels.

The main struggle of this century is to convert society towards renewable energies in order to save fossil fuels and better the environment in a sustainable way. An average Dutch person would need 3 Earths to satisfy its needs; we cannot afford that.

END_OF_DOCUMENT_TOKEN_TO_BE_REPLACED

After the Japanese occupation of Korea, there was a hope for Korea’s industry. Citizens were motivated and worked hard in order to step forward for the bright future. Although life was still difficult, Koreans were happy with the fact that they got independent from Japan.

On 25th of June 1950, North Korea invaded South Korea. South Koreans had no choice but escape immediately to south and leave behind their property. The Korean war lasted 3 years, 1 month, and 2 days (25th of June, 1950 – 27 July 1953). The Korean war was a disaster. It did not only kill people but affected mentally and destroyed their hope and confidence. After the Japanese occupation of Korea, South Koreans were delighted and confident that they can develop the country independently. Everything was destroyed and Koreans left with no choice but start all over again from the scratch.

South Korea’s economy grew rapidly after the Korean War and now South Korea is one of the wealthiest nations and a member of OECD. South Korean’s market is now ranked 13th in the world by GDP and also by purchasing power parity (PPP). According to “THE WORLD BANK”, South Korea’s population is about 55.22 millions and GDP was $1.305 trillion in 2013.

To compare South Korean’s life after the war and present, they have almost everything to fulfil their life. However, why South Korea has the highest suicide rate in OECD countries? It is extremely important to find out the reasons for suicide and why Koreans are not happier than before. This research paper will focus on three main topics as follow:

END_OF_DOCUMENT_TOKEN_TO_BE_REPLACED

Sustainable Development is a joint responsibility, which implies a relationship between public and private, including civil society.

The financial sector, like many other industries, is often accused of adopting a short-term and narrow approach to investment decisions and disregarding the long-term horizon and broad perspective that sustainability demands.

However, in Colombia, financial sector has evolved in a fast way and has integrated sustainable development into the financial business as a prerequisite for the continuous success of the companies, in order to create long-term stakeholders value.

Financial Institutions are conscious that from its position, as financial intermediary and facilitator of economic resources that allow the transformation and development of the country.

END_OF_DOCUMENT_TOKEN_TO_BE_REPLACED

Senegal is located in a geographic area of transition between the Saharan zone and the humid tropics. The rainy season on the island of Sine Saloum, 150km south of Dakar, only extends over 3 months, during which the culture is possible. Lack of water is THE real problem for the inhabitants of the island , not only because drinking water is a vital need, but water is also essential for the practice of agriculture that feeds the population. The purpose of irrigation and reclamation reserve of rainwater is to extend the growing season and thus provide a more consistent and diverse food source.

The work proposed will be around the axis sustainability development. A project of irrigating vegetable crops through rainwater tanks and simple, autonomous pumping means that require easy local maintenance at very low cost. This working paper is going to expand the ambitions of this project to address the water problem in its entirety: